Divine Services are now live! Come join Us!
https://www.youtube.com/watch?v=EvvDDSScJ2w/live
Join us at the 2022 Greek Festival on Oct. XX, XX, XX. Click for more information!
This site is currently under construction, please see cvresurrection.org for the latest updates.
Our Essential Workers

The church office is open Monday through Friday from 9:00 a.m. – 4:00 p.m. and is located in the house adjacent to the church on Center Street (when facing the church entrance, to the left of the Sunday School building).
‍ 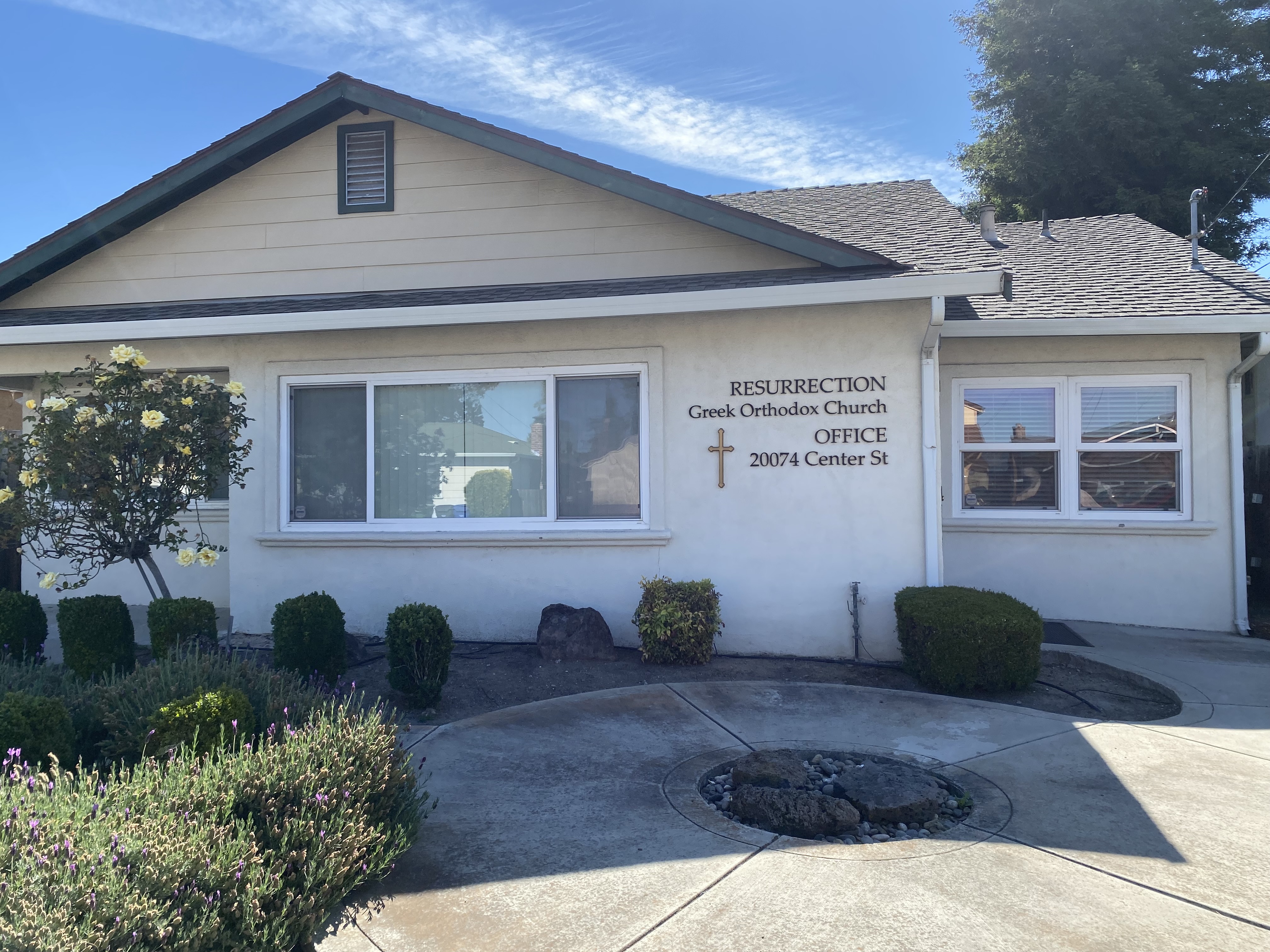 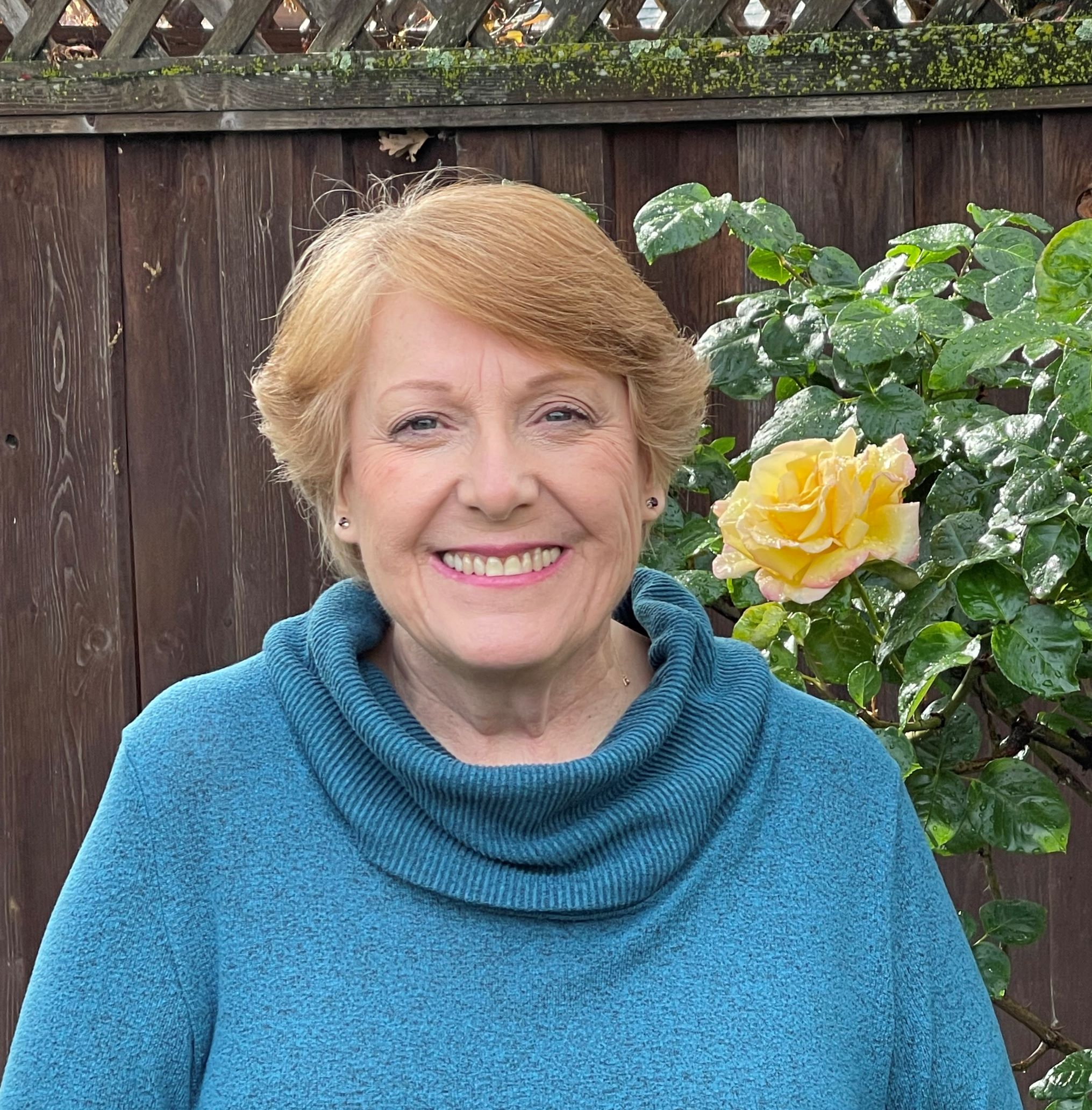 Born in Oakland, California, Liz Levy has lived in the Bay Area her entire life. Currently, she calls Livermore home, where she lives with her husband, Mark, and close by, her sister Carol and brother-in-law, Bob Cach. In addition to her husband and sister, Liz has also been blessed with two stepsons, a step daughter-in-law, and an adorable grandson, Asher. She is also the Adult Choir Director for the parish. What Liz enjoys most about leading the choir is worshipping and serving God with her fellow musicians in the parish. In her spare time, Liz enjoys watching NCIS reruns, Hallmark movies, and relaxing in her backyard next to her musical and soothing water fountain. She also finds delights in baking and decorating cakes for her family and friends. She’s made many custom wedding cakes over the years. 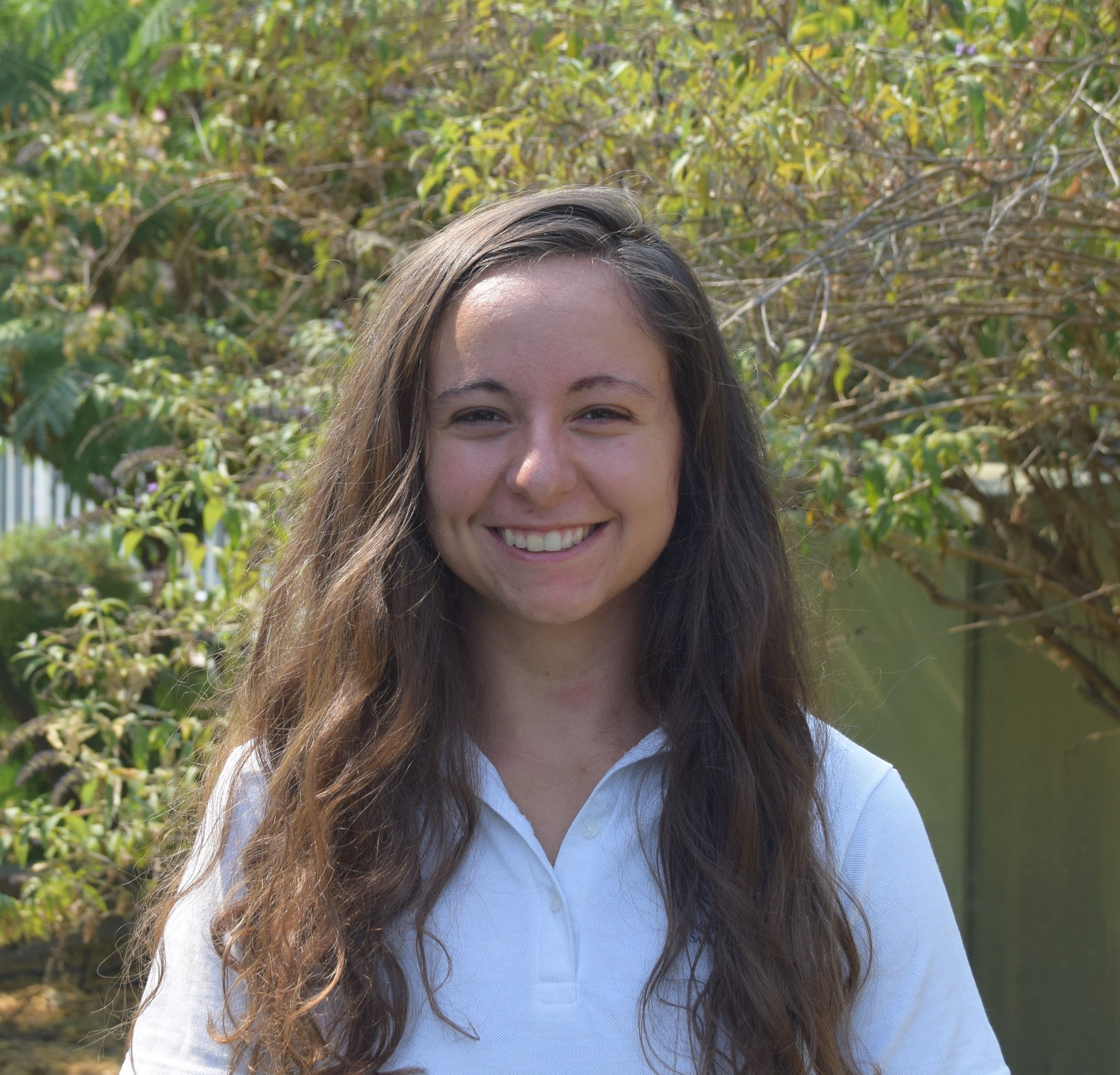 Anna Teodosiadis joined Resurrection as our youth director in 2017. Born and raised in Seattle, Washington with three other siblings, Anna attended Hellenic College Holy Cross Greek Orthodox School of Theology. She graduated in 2017 with a Bachelor of Arts Degree in Human Development and a minor in Religious Studies. Anna admires the relationship psychology has within spirituality, and the uniqueness personality brings to the faith. Anna has gained a true appreciation for Orthodoxy when working with youth through various Orthodox retreats and camps. She brings this knowledge and experience with her to Resurrection. Anna enjoys meeting new people, traveling, and exploring the city of San Francisco. She plays various instruments, including the accordion! She loves being a part of the Resurrection parish. 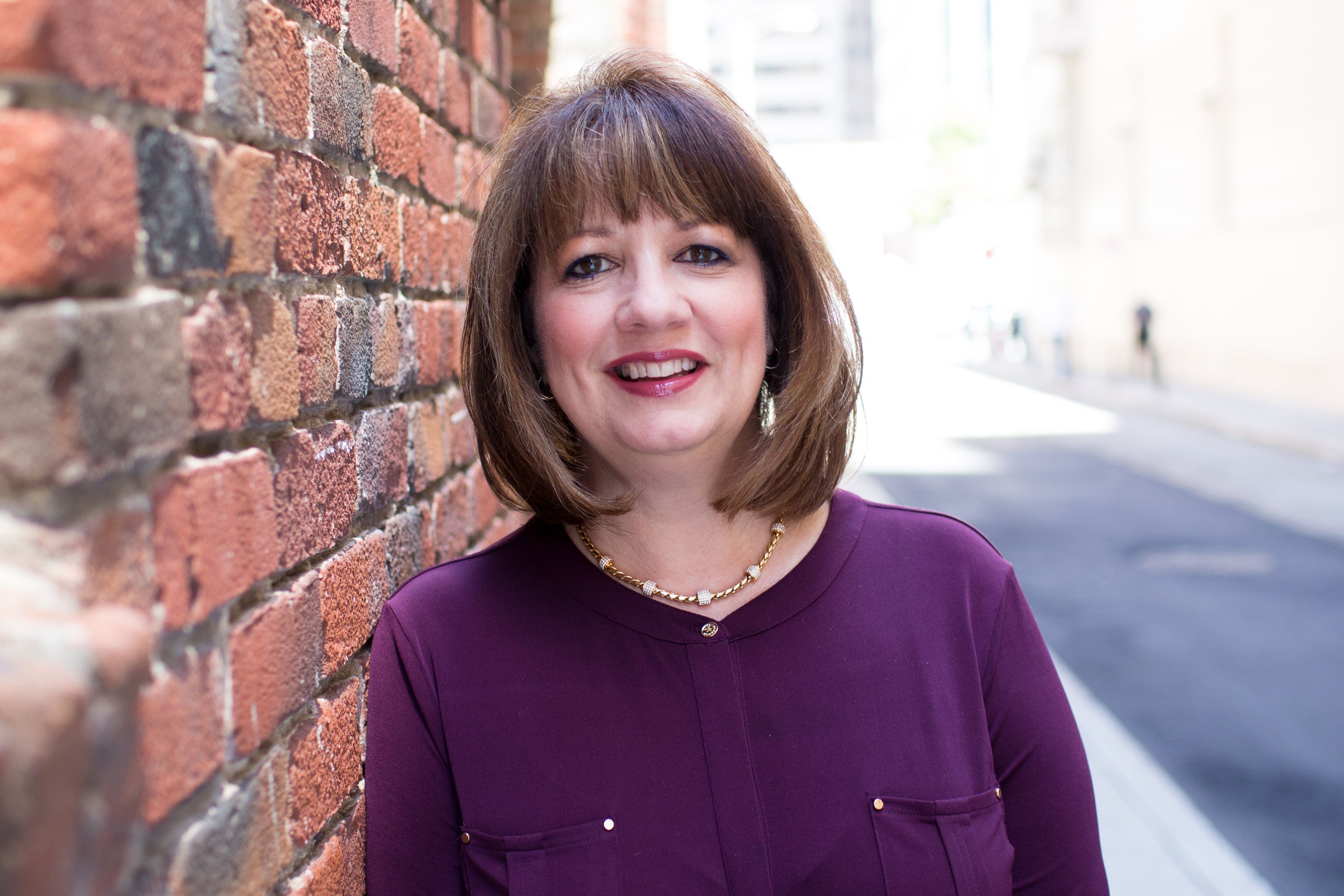 Renée (Johannes) Taylor became Resurrection’s communications coordinator in 2018 and has created an integrated communications strategy for our ministries. She manages our website, develops our weekly eBulletin, designs our digital signage, and writes, edits, and produces our monthly magazine. Renée brings many years of experience leading strategic communications and employee engagement for large companies in the Bay Area. She holds a Bachelor of Science degree in Business Management from the University of Phoenix. Renée lives in San Ramon with her husband, Brad, and has two grown sons, Chris and James, a daughter-in-law Jenn, and grandson, Eddie. In her spare time, she enjoys caring for her grandson, entertaining friends and family, traveling, and rooting for the San Francisco Giants.

Roberto Jaquez is the parish "go-to person" for all operational needs. He has worked for the parish for over 20 years and became our facilities manager in 2018. Roberto loves his job and the parish. He can be found at the church almost all hours of the day and night, while also being the primary caretaker for his father. Roberto was born in Mexico and came to the United States in 1989, where he attended Laney College in Oakland, CA. In his spare time, he enjoys spending time with his big, loving, family, going on long hikes and to the movies. He's a big fan of dogs, sports, and Ron Burgandy.

Father Niko was born in Seattle, Washington in 1981, and was baptized at the Church of the Annunciation in Amaliada, Greece on August 15, 1982. After graduating from the University of Washington in 2004 with a Bachelor’s degree in History, he enrolled at Holy Cross Greek Orthodox School of Theology in Brookline, Massachusetts, having felt a calling from the Lord to become a priest. He finished his studies in 2008, graduating with a Master of Divinity.Upon completing his studies, he served as the Youth Director of the Metropolis of San Francisco for three years (2008-2011) while also serving at the Greek Orthodox Cathedral of the Annunciation in San Francisco. He was ordained to the Holy Diaconate on December 14, 2008, at his home parish of the Assumption in Seattle, Washington, and was ordained to the Holy Priesthood on August 15, 2011 at the Annunciation Cathedral, after which he began serving at the Cathedral as the full-time associate pastor.

Deacon Justin was ordained to the Holy Diaconate by His Eminence Metropolitan Gerasimos on Sunday, April 18, 2021. He is a 2020 graduate of Deaconate program at Holy Cross Greek Orthodox School of Theology. Deacon Justin is currently the Second Vice President of the Board of Directors for Saint Nicholas Ranch and Retreat Center. He also assists the Metropolis with various legal matters and is a key member of the Metropolis COVID-19 Parish Support Team. Deacon Justin graduated from the University of San Francisco School of Law, and is a partner in a law firm in Oakland, CA. In addition, he earned a post-graduate Certificate from the Institute for Orthodox Christian Studies in Cambridge, UK and holds a Bachelor of Arts degree in Philosophy from Franciscan University of Steubenville. He is currently studying toward a Master of Theology from the University of Balamand. 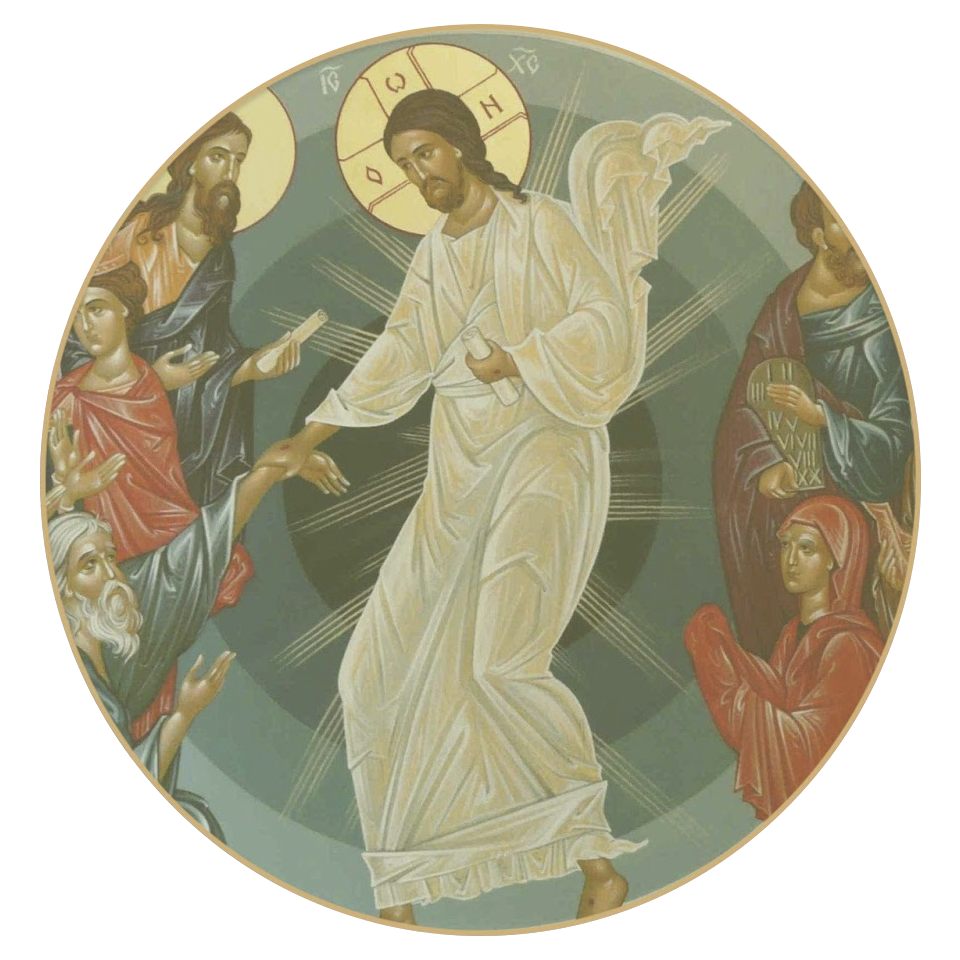 Subscribe to Our Newsletter
Thank you! Your submission has been received!
Oops! Something went wrong while submitting the form.